A couple of weeks ago, I posted a link to an article alleging that Gabrielle Union excluded Dwayne Wade’ s “break baby” from the family Christmas card. I asked my friends’ opinions on the issue and boy did I get it. For two days, my friends debated back and forth about a wife’s duties to her husband’s “outside” children. Many thought that since she knew about the “break baby” before their nuptials, she should have fully embraced the child in their family undertakings. Some felt that she had no obligation to the “break baby” and that Dwayne Wade was the only adult in that household who had any obligation to the child. If the report about the Wade/Union clan is true, I surmise that in Gabrielle Union’s mind, the “break baby” is not a part of her tribe and she feels no obligation to invite him into it.

The discussion was interesting, as I’d been thinking in the weeks beforehand about tribalism. I believe that everybody, whether it’s PC these days to admit or not, is a tribalist at heart. Before I go on, tribalism is defined as “the behavior and attitudes that stem from strong loyalty to one’s own tribe or social group” (Google). I should note that definition was marked as the “derogatory” use of the word.

In the Black community, tribalism is observed but only demonized when middle-class, educated Blacks practice it.  Often referred to as “skinfolk,” there’s an expectation that Black people should stick together, sometimes at unfeasible costs. We’re admonished not to judge that young man who has a rap sheet as long as my arm and even make excuses for his behavior; poverty, racism, capitalism, etc… You’re Assistant Satan if you dare suggest that that young lady with 3 children and a bun in the oven who is the cover for a nationwide story on the end of government benefits make different choices and stop self-burdening. I do not have enough fingers on which to count the times that I’ve sat in conversations that suggested that middle and upper-class Blacks are charged with the conditions in “the hood” or had a finger shaken at them for their lack of association with its residents.

These days, those people are diagnosed with a severe case of with “internalized racism.” I disagree and choose to believe that most of the time, it’s just plain old tribalism. That old saying, “birds of a feather flock together,” and your parents’ teachings that you should watch who you hang with have merit even in adulthood. I posit that the stakes are higher in adulthood, as you’re not just risking a demerit should you find yourself in the wrong company. On that note, I don’t think we can afford to shrug off that person who graduated college and moved out of the hood the next day with no intentions of returning as merely a self-hating coon.

I am and have always been a tribalist, and unabashedly so. To my knowledge, I have no friends who think everybody wants to hear what music they are playing in their car. 99% of my friends have attained an education equal to or greater than a bachelor’s degree. For most of my friends, trap music is an occasional guilty pleasure and not a part of their regular diet. Most of my friends live in safe neighborhoods and come from families similar to my own. My friends largely have the same value system as I. 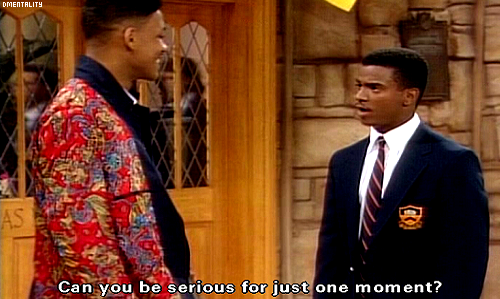 Did I do that on purpose? Yes and no. Any of us that has taken a base level psychology or sociology course learned that people are attracted, both romantically and socially, to people who are most like themselves. I’ve never purposely set out to exclude people whose lives are dissimilar to my own, but it always works out that way and I believe I’m the better for it. While society tends to swear off –isms of all kinds, I’ve seen myriad situations where tribalism swooped in and saved the day. Tribalism can help build and/or preserve formidable family legacies. Tribalism can help shape careers. Tribalism can help circumvent many an unfortunate situation or can help a person survive one.

With all of the obstacles that Black people face, you may wonder how I can take this stance. Easy. I don’t believe that the only way that we can unify is to occupy each other’s space. No matter the “level” of tribe one belongs to, they still have their own issues that they have to sort through; and even with common problems like racism, each tribe decides the method of combat that they deem the most advantageous. As we work through our problems on a micro level, it seems inevitable that things should eventually change on a macro level.

I have no animosity towards anybody that’s not a part of my tribe. I wish them no undeserved affliction. In fact, I hope that they can find their own tribe of people who are as beneficial to them as they are to the tribe. But, I believe it’s time to stop trying to get Black people to strap other Black people on each other’s back. It’s definitely time to stop demonizing Blacks who opt-out of the various facets of the Black experience.