You see them often. A random customer berates another random customer for being fat and ordering a milkshake. A parent’s child wasn’t invited to the birthday party because they wear glasses. A staunch Conservative makes fun of a patron for using food stamps at WalMart. You name it, you can find it. Even celebrities choose to air each other out in public prose. Open letters are the tools by which people on the receiving end of anything they consider abuse become Paul the Apostle within 24 hours and compose the most erudite and heart-wrenching letters you’ve ever read to someone 99.9997% of us will never know (and the writer usually doesn’t know either).

Open letters, for me, have always been a little like a soap opera treatment. They are constructed for the voyeur in all of us. And while I respect people’s right to chastise strangers in writing on the World Wide Web, I also find open letters a little confusing.

For example, most open letters come on the heels of someone being “shamed;” fat-shamed, poverty-shamed, height-shamed, French fry-shamed. It doesn’t matter. Pick one. Person A is “shamed” by person B for some reason and instead of Person A just putting Person B in their place in the moment, Person A decides to recap the event for all of us on their Facebook page and then put Person B in their place. 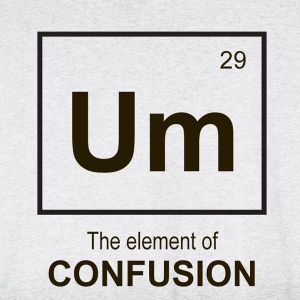 The confusing part for me is this: if Person B “shamed” you in public, why would you write a letter and tell all of us what happened? Wouldn’t that only further the shame? I mean, when Person B shamed you your only audience was the 20 other patrons in the immediate area. Now, 99373999873 of us know that you busted the last pair of jeans in the largest size at Target while you were in the dressing room. The former, you can live down in 20 minutes. The latter, especially if it goes viral, will cause you to re-live that moment over and over again for at least two weeks. Are you ashamed or not?

The next question I have is what people who write open letters hope to accomplish. Do you want the random person who “shamed” you for using real cream instead of soy milk at Starbucks to see your open letter, remember they’re the rude prick you’re talking about and then release their own open letter apologizing to you? Do you hope that your letter will thrust the person into deep introspection? I can guarantee you that 1) you were probably one of 5 people they did that to that week, 2) they had the same two minutes you had to tell them off in person to forget that they were rude to you, and 3) 99% of the time, they don’t actually care and would probably do it again.

Is your goal to let the rest of us know that there are people out there who are rude, judgmental, inappropriate, or just standard issue assholes? Well, most of us who have passed the age of 14 already know that. In fact, many of us are related to those people and what you experienced once at Forever 21 happens to others on a regular basis.

Perhaps, it’s the attention that lures people to bring 988277492 screen names into their beef. I happen to feel that it’s hard to shame someone for something that they own as a part of who they are. With that said, people who write open letters clearly haven’t made it to that stage. I may be wrong, but my theory is that though they are still struggling, the prospect of finally having even 20% of the 98727582746 people who will read their open letter come to their defense against a nameless bully makes them feel a tad better about their Achilles heel.  Plus, these days, people will do anything for 15 minutes of internet fame (even if they claim to be embarrassed by it).

In the future, I’d like to see the assholes strike first. I look forward to the day when I can read a viral open letter from the person who did the “shaming.” That would be a pre-emptive strike I wouldn’t mind seeing. It sure as hell promises to be a lot more interesting.