I’m annoyed. I’m not sure why. Maybe I’m annoyed because I’m in Texas and for the last 4 days, the temperature hasn’t been less than 105⁰ and my Seasonal Affective Disorder is getting to me. Perhaps it’s because instead of chomping on a ribeye steak, an unexpected tooth mishigas has me eating cheese cubes. Possibly, being 16 days into keto also has my nerves rattled. It’s probably because the “e” on my laptop is acting up and so I’m having to bang it like Beethoven every third word. On top of that, I have a bunch of personal bullshit that keeps reiterating the point that life ain’t fair and doesn’t give a fuck about it.

In that vein, what annoyed me the most this week was logging into Facebook and seeing that one of my friends had posted a video of a guy giving a homeless man who was digging in the trash can for food some money. No, this isn’t new. The smartphones and Attention Whoring Age has brought us all sorts of visual fuckery in the past few years. From pancake asses twerking to filled lips puckering, we’ve seen it all. And while I’ll admit that people doing good deeds on film is the least fucknicious™of the fuckery, it’s fuckery all the same.

I digress. In the video, the Samaritan du jour sees a homeless man from at least 30 yards away rifling through the trash can and taking bites of food from food containers that others had discarded. Mr. Nice Guy starts recording before his subject even notices him. He has a commentary, similar to those on National Geographic as if he’s secretly watching the mating habits of a wild boar. He eventually comes up to the man, tells him to drop the food container, and gives him money. The man cries and apologizes (I guess for….IDK, trying to find food), and hugs Mr. Generoso while he (the selfless wonder) tells him that he’ll give him more if he sees him the next night.

Of course, videos like this always elicit the tears of onlookers. The comments are filled with statements like, “this made me cry,” and “I know what it’s like,” and “praise God you were there.” I, however, never comment on these vids because I experience a type of secondhand offense on behalf of the targets…I mean, beneficiaries of the kindnesses.

There are two main reasons why I don’t care for these giving videos. First, I’ve known true givers. I believe true givers give because they have a mindset that says that if nobody ever finds out about their good deeds, it’s no big deal; in fact, it may be better. The givers I know don’t feel the need to make sure their camera is rolling before they give. They don’t need their largesse to be documented anywhere but in the receiver’s spirit. Some true givers will even forget they gave at certain times.

Basically, while I don’t believe the people who like to document and display their altruism are bad people, I certainly don’t believe they are natural givers who do so because of some inner awareness that most of us don’t have. I don’t believe they give without expectation of payback, be it financially or through the praises of strangers on the internet. I think they get a rise out of the fact that there are a whole bunch of people that they’ve convinced of their own goodness; and perhaps, maybe one day, they’ll be able to use this viral performance as leverage when they need or want something. 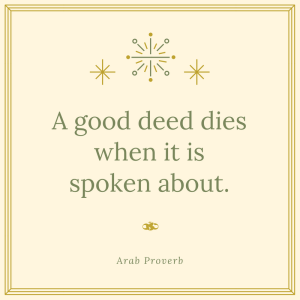 The second reason I don’t like these videos is that I find them inconsiderate. Anyone who has ever been down to their last $200 with another week-and-a-half until payday knows that just being kinda’ broke is hard. I can’t imagine being in a situation where I’m forced to rummage through a public trash can at a bus stop to find food. I can only think that the experience is humiliating, traumatic, and does not make the person who has to do it feel the best about themselves.

So, I cannot understand why the people who make what’s akin to emotional pornography think it’s okay to basically put people who are likely at rock bottom on camera and on social media for all to see. Do we think that person wants a whole world of strangers gawking at their misfortune? Better yet, how would that person feel to know that after all the gawking, people are hi-fiving the “giver” because the receiver’s immediate gratitude just wasn’t enough? 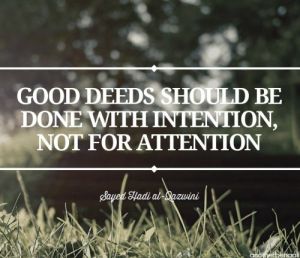 These videographers would like to pretend to that they are demonstrating a great act of empathy when in reality, they are displaying just how much empathy they lack. Would they want 9287498477959 people they don’t know to know that they may dig in a public trash can just to eat? Would they want these same people knowing they go weeks without access to a shower and sleep under freeway underpasses? Probably not. So then, why would they think that the person they’re “helping” wants to be “outed” in such a way? It makes me cringe to think that any of these individuals will one day be at a computer and see themselves acting as the charity case in someone’s braggadocio.

You can’t pretend to be humanistic while forgetting that the person you are taping is indeed a human being.

What I’d like to see instead are videos of people who were once down on their luck talking about the person or the moment that changed their course. Let the receivers applaud the givers instead of the givers applauding themselves. I don’t know about you, but that’s far more inspirational in my estimation. Those would be stories of hope and maybe, instead of people sitting back and patting the benefactors on the back for their generosity, more of us would take the opportunity to give to others in the best way we can – earnest and discreetly.

“So when you give to the needy, do not announce it with trumpets, as the hypocrites do in the synagogues and on the streets, to be honored by others. Truly I tell you, they have received their reward in full.” – Matthew 6:2

If you like what you’ve read and want to support a Black woman writer with a unique voice, you can Cash App me at $BienAtrevida