This week, Elizabeth Warren issued an apology to a Native American tribe when it was found out that on her bar registration in the 80s, she listed her race as “American Indian.” If you’ll recall, a couple of years ago, Warren declared herself Native American and Tronald Dump (intentional) made fun of her about it, much to the chagrin of many a Liberal. 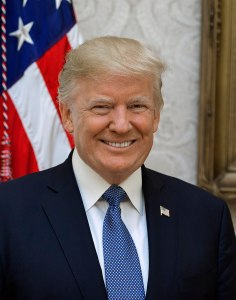 Maybe four months ago, after DNA testing, it was revealed that Warren is anywhere between 0.1 and 2% Native American at most (6-10 generations ago according to this report). I don’t recall what her reaction was at the time (and I’m not finna’ look because this is a blog, not a scientific journal) but I know I laughed like a humyena© (human + hyena…get it?!) and so did many people of beautiful brown hue because we knew what white people didn’t and that was that the results would turn out exactly as they did.

Fast-forward to earlier this week. Warren issued a perfectly-timed apology for calling herself “American Indian” and I’m pretty sure it’s due to the speculation that she will throw her hat in the 1st-grade prize grab bag that is the Democratic race for the 2020 presidential election. Warren made a point to say that she was apologizing because tribes decide tribal citizenship. Those of you who can read between the lines know to chuckle and shake your damn head at that line.

The reason this is concerning is that whenever the topic of racism comes up, it’s white people’s natural default maneuver to claim some other heritage or religion to deflect their receipt of white privilege and deny that they have racist philosophies or have engaged in racist practices. The reason that Black people were not surprised when that DNA test blew up Warren’s spot was because 99% of us have been in conversations with white people about racism, prejudice, or inequality and heard them claim that they are actually “part” Native American (Cherokee…it’s ALWAYS Cherokee) (or Jewish) and therefore cannot be a party to racism because their pale, straight-haired, blue-eyed, aquiline-nosed selves aren’t even really white.

I went to college in Oklahoma. By the end of my first year, I had gotten my fill of white people claiming Native American heritage to explain (without anybody asking them) why they were part of the minority scholarship class or were receiving some type of stipend to make their lives easier while in college. I would usually look at them and then walk away because I knew that it was all bullshit. Plus, I’m Black. I’m still owed reparations with interest in the names of the estates of my ancestors for building this place and making white people comfortable enough to pretend to be another race so they can continue to knock POC, particularly Black people, down several more pegs.

I also had a Black friend while I was in college. Her great-grandfather was at one time honored for his work as a Native American elder. I saw the pictures. He was a real Native American. She and her family had been trying to get their official standing within the tribe. They couldn’t…because they are Black.

See, here’s the thing: white people don’t realize how pervasive and insidious their anti-Blackness is. Their brand of anti-Blackness, where they don’t believe the treacherousness of their ancestors is still alive in them today, where they don’t want to hear how their past actions have negatively affected African-Americans generationally, where they even think they can be Black better than actual Black people, has seeped into the psyche of other races as well. That’s why my Black college friend couldn’t get her tribal membership approved (though she was the spitting image of her Native American ancestor), but Rebecca with the blue eyes and honey blonde curly perm could proudly state that she was Native American while knowing 0 actual Native American people, participating in none of the customs, celebrating none of the hallmarks, and speaking none of the languages. Even true non-white people are anti-Black and complicit (to varying degrees) in systemic racism against Black people. 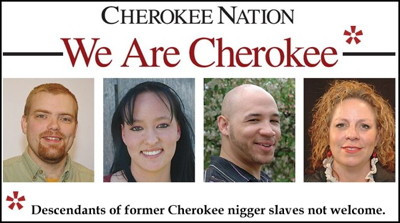 Back to Warren, not only was what she did dishonest, but it’s harmful. If I had to bet, Black people are some of the most “mixed” people on the planet (due to centuries of rape) but we don’t get to opt out of being Black when the circumstances don’t suit us. We don’t get to get the job at the 99% white tech startup by declaring we’re actually the 15% Anglo or 6% Chinese part of us. We don’t get to become 11% Greek before we walk into that job interview, or courtroom, or hospital so that we can have a better chance of a successful experience.

Further, if suddenly the visual standard of a race is the whitest with all the conveniences and privileges that come with that skin, where does that leave the authentic members of a race when it’s time to get real about systemic bias and change in virtually every industry in this world? What happens to Jacy Runningwolf when “Native American” now applies to Jessica Richardson, the random white woman who “pulled herself up by her bootstraps”? What happens to Tamika Jenkins when “Black” now applies to Susan Q. Whitewoman who has been able to step in front of more educated and experienced Black women all her life? 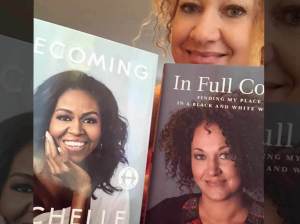 White people need to get real about race in this country and that includes giving up the game of Psychological Brown/Blackface they like to play to avoid being held accountable.