The last almost two years have involved monumental change for me. What I thought would kill me, made me stronger. I got the opportunity to practice self-care by walking away from things and people that were no longer good for me. A door opened to allow me the chance to get paid doing what I love. I gained the older sister I always wanted but never had. Best of all, I experienced a spiritual awakening that I needed but never knew I did.

I’m like many people. I grew up being taken to worship services every week. I went through the rituals and practices by rote. I didn’t choose it. It was chosen for me from the cradle. Many of the other people knew me before I knew myself. They also knew my parents before my parents knew that I was on the way. It was tradition. It was formulaic. It was choreographed almost perfectly. I knew exactly when to stand, sit, and bow my head. I knew what to do if I messed up. Even the prayers, what was supposed to be intimate communication with the Creator of the universe, were mechanical.

But, this new season required a new perspective on how I tended to my spirit. I told you that my previous spiritual practice was like many people. Now, I’m going to do what many of that many do not do – tell the truth. After decades, I found that I really got nothing out of it. There were lots of platitudes and control by fear. But there was never the connection that I needed. On top of that, as someone with anxiety, telling me that “God” could say “yes, no, or wait” was never a sufficient explanation for unanswered prayer.

I was blessed, however, in that my soul sister really did open me up to that which has fed my soul. She is a santera in the Lukumi tradition. It is the practice of honoring and communing with one’s ancestors as well as reverencing the Orishas, African deities. It’s been less than 6 months but in those 6 months, I’ve learned a lot. Even more important, I’ve encountered what I was told I was supposed to experience for decades in the belief system I was “born into.” Here are the first five experiences so far in my journey. 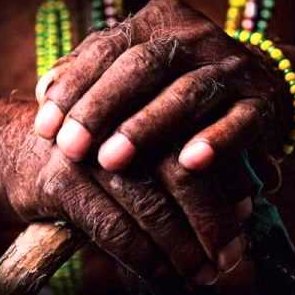 1. New found confidence. One of the hallmarks of my day is communing with my ancestors; called eggun. These aren’t just the ancestors that I know, but those going all the way back to the beginning of the bloodline from which I came. I’ve experienced a different level of confidence knowing that even though they no longer live in this realm, they yet live and are acting as guides and protectors. They have my back, which is something you can hardly get from the people you see every day. Further, having recently lost very close relatives (2015 and 2017, respectively), knowing that the love they had for me did not die with their physical bodies but is still being showered upon me every day is a comfort like none other.

2. Freedom from guilt. Instead of what many call “being convicted,” I receive guidance. I no longer walk around thinking about if what I did or said was wrong. I don’t have to wonder if something happened as divine retribution for something I did, said, or thought three days, months, or years prior. I don’t feel guilty when I experience real and valid feelings about people or situations. There is no scolding; just redirection.

3. Validation of my intuition. To piggyback off of #2, I’ve received much validation of my gift of intuition. My intuition took a beating during my rough patches. I stopped being able to trust the dreams and intuition that I had been experiencing since I was a young child. As it has recovered, one of the things that is happening in the natural world is that I’m constantly receiving signs that I was not crazy. I was not wrong. Those people that I haven’t particularly liked and people said it was wrong to feel that way? I’ve received proof that I was right to distance myself from those persons. Those opportunities that I turned down or walked away from that people said I shouldn’t have? My eggun is allowing me to see where I was indeed right to leave. Those people who were malicious, or who I suspected were jealous, or envious or had some other bad intention for me? Their ability to hide is now impossible. The best part of this is that there is no finger wagging about how I’m supposed to love everybody because God does. There is no inner pressure to forgive those who are not worthy of it lest God not forgive me. There is no admonition to put on a phony smile. There is complete validation of who I am and who and what is best for me and my spirit.

4. Answers. I don’t just mean answered prayer. I mean real-time answers to real questions. I’m no longer sitting around wondering if what’s in my head is the real answer or if, in fact, I’m going to play the “Yes, No, Wait” game again. This has saved me literally hours of futile searching, kvetching, and worrying in reference to the most pressings things in my life. My eggun haven’t been wrong yet and something tells me they never will be. There has not yet been a need for me to convince myself that my confusion or curiosity is a part of the “mysterious ways” of the Creator.

5. Kinship. This is arguably the most important part. Anyone who has studied the Bible will know the anecdote of when a pregnant Mary met up with the pregnant Elisheba (Elizabeth), mother of John The Baptist; the man who would grow to baptize Jesus. In this story, when the two pregnant women met up, Elisheba’s womb leapt. The meaning of the anecdote, or so it has been taught, is to note that even before birth, Jesus and John The Baptist knew that they would have a special relationship. I can relate. When I am communing with my eggun, my spirit bears witness. When I am petitioning Oshun, I feel it. The other night when it stormed and I was awakened and immediately began to petition Oya, I knew it wasn’t in vain. I said to my sister today that I feel that your spiritual beliefs should be as habituated to your spirit as your ear is to your mother’s voice. You don’t have to see your mother to know it’s her speaking. You know your mother. 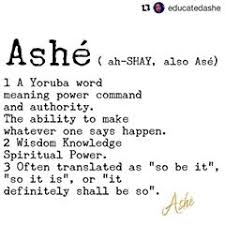 I’m not preaching and I don’t need anybody to preach to me. I can only relay what I’ve experienced and I can say that I feel freer now than I ever have before.